Theory of Thai SEN (Channels) The SEN (Thai) / Nadis (Sanskrit) / channels is one of the most fundamental concepts in both Yoga and Thai Yoga Massage. Almost all poses (asanas) of Yoga or techniques of Thai Yoga Massage are based on either opening the blockages on these SENs/ Nadis or stretching them or contracting them. Therefore, it becomes necessary to understand what these channels are.

The SEN/ Nadis of Yoga and Thai Yoga Massage are derived from the Indian yogic system and often have similar sounding names. The word SEN in Thai is a generic word for “channel”, pathway, route, etc.. In many Thai Massage courses, these SEN are described as energy lines. This is an unnecessary mystification of a clearly anatomical system as they are often palpable and for a trained eye even visible.

In Thai massage, these SEN can be divided into gross and subtle channels.

Subtle Channels work with Mind/Intellect (Air) and Ether/Consciousness (Sky). These subtle channels, however, are not easy to palpate and can be accessed only once one has moved into advanced meditative practices.

A good rule of thumb to locate the SEN is to follow the valleys and peaks of the body. From an anatomical perspective, this signifies the space between two muscles or between muscle and bone. This space is filled with soft connective tissue called fascia formed from collagen proteins. The SEN can also travel over the center of the muscle belly that form toned peaks of the human musculature.

Modern Myo-fascial research now confirms that arteries, veins, and nerves travel to various parts of the body using the fascia as scaffolding and support. The fascia itself wraps the various body parts and provides them structural integrity and acts as a medium for force transmission and dispersion.

With this understanding, one can then observe that SEN form the space through which life flows (blood, lymph, nerves and bio mechanical force) in a body.  When a blockage arises in the fascia due to adhesions, then the SEN is constricted, and the flow of life impeded resulting in disease. Further, if a muscle gets tightened due to a trigger point, then the resulting bulge in a muscle also can reduce the fascial space around it resulting in blocks.
If the issue persists or if the blockage is close to the internal organs of the body then it can impede nutrient supply and toxin elimination thus affecting the normal healthy functioning of organs.

All Thai Massage techniques work with removing these blockages by compression followed with stretching. In some other modalities of Thai like Tok Sen, a wooden hammer and mallet are used to create a vibration effect that loosens these blockages.

In the Thai system, there are ten major SEN and may seem quite similar to Chinese meridians. However, from the yogic point of view, the actual numbers of SEN are 72000. In a good Thai Massage courses, instructors should not only be able to explain this concept but must be able to guide students to palpate and discover blocks on the SEN. These blocks can be detected with a light hand as stiff points or hard knots in the soft tissue that are quite sensitive to pressure. Releasing these blocks is often signified by softening of such a point, a drop in sensitivity, a re-emergence of a pulse or pain radiating to a distal point.

We invite you to learn more about the SEN by clicking on the image of each of the SEN shown below which contain charts, anatomy, and application of the lines.

Chronic pain? Need help? Jump online and I can help you with identifying your pain patterns and prescribing specific exercises to keep your pain away.

Want to help people in pain? 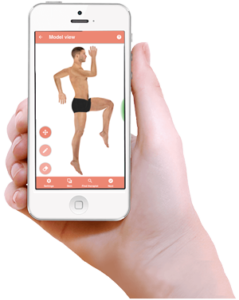 Did we mention that it’s free so everyone can try it!